The future of the fibre network 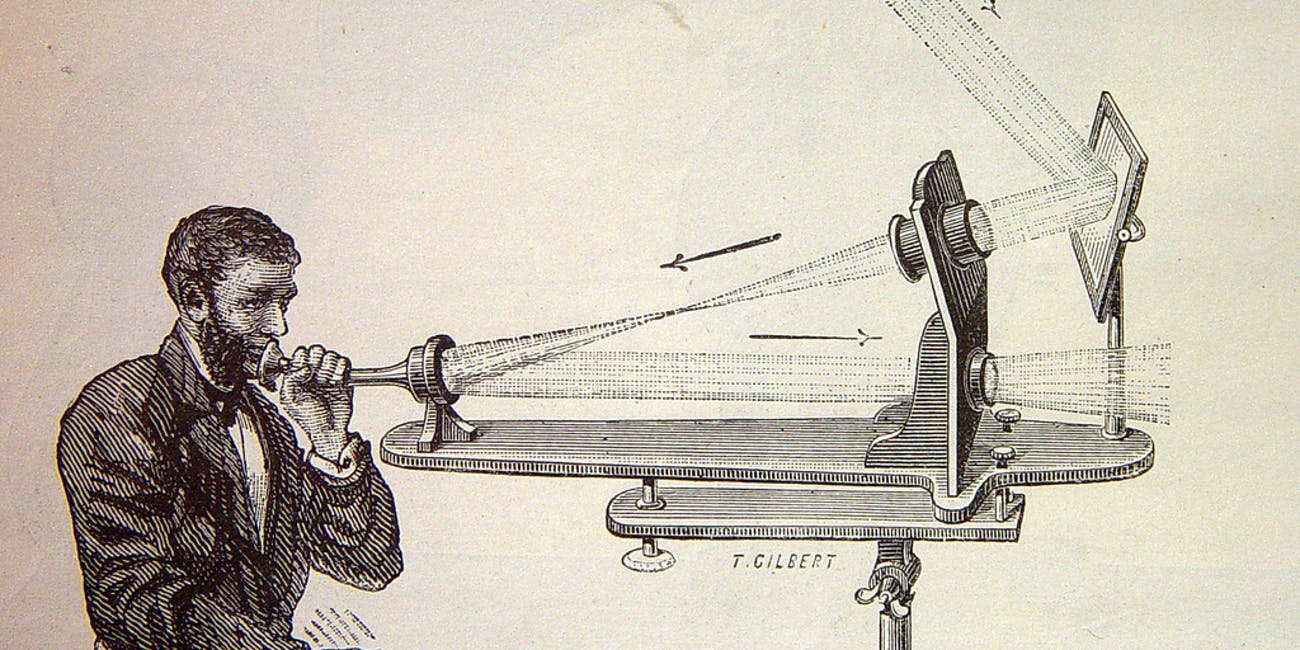 We have previously looked at the origins of fibre and the rationale behind the technology. Based on this, in this article we will look ahead to see how fibre networks have evolved since then and what the future of this technology looks like - after all, fibre networks are said to be one of the broadband technologies of the future. To briefly summarise the previous article, the idea of fibre technology stems from an experiment that showed that light signals can be bent. Later, the possibility of guiding light around different locations using light pipes was investigated, and it was even discovered how to guide light images through bent glass rods. Later, the quality of these images was improved by using larger bundles of thousands of fibres. They also solved problems of light loss, for example by reducing decibels per kilometre and by using a cleaner form of glass. For a more thorough review, and to get all the details, you may want to read the previous article.

Read also: the history of the fibre network

A lot has happened since fibre was first known and rolled out to the stage it is at today. Most people know about the benefits of fibre, as we also described in the previous article. These include the speed, stability of the internet and the symmetrical speeds.

Looking at fibre penetration, it has developed favourably over the past few years, even overtaking COAX, which has 64% coverage of the whole country. Currently, in contrast to the aforementioned 65% of the whole country is covered by fibre in 2018, whereas the penetration of fibre networks was at 51% in 2015 - we have thus seen an increase of 14 percentage points in just 3 years.

However, despite the favourable take-up of fibre networks, there is a wide variation in Denmark between regions in terms of the take-up of fibre networks and the opportunities for citizens to use this broadband technology. For example, in the Region of Zealand, the penetration rate is only 48%, while it is much higher in the Region of Southern Denmark. Here, coverage is as high as 72%. This is probably due to the rise of the Internet provider Ewii in the Triangle region.

Want to know what the penetration is for the remaining regions? Get the overview here:

Fibre providers are also numerous and, to name but a few, Waow, Fiba, YouSee, Eniig and Ewii are some of the best-known providers in the Danish market that have also invested in broadband technology.

If one compares the two regions mentioned above, i.e. Region Zealand and Region Southern Denmark, in terms of speeds, one also sees certain differences. The penetration of high fibre speeds is higher in Region Syddanmark than in Region Sjælland. For example, if we look at the 500 Mbit/s download speed, the coverage of this speed is 58% in the Region of Zealand, whereas in the Region of Southern Denmark it is 75%. In general, this is also seen at lower speeds, but the lower the speeds, the higher the penetration at these different speeds.

Looking at upload speeds in reverse, a similar trend can be seen. For example, assuming an upload speed of 100 Mbit/s, the result is the same as for download speeds, namely that coverage in the Region of Southern Denmark is higher at 76%, whereas the contrast is 59% in the Region of Zealand. There are therefore currently differences in the geographical coverage of the fibre network. Furthermore, speeds differ from region to region.

The future of fibre

In today's Denmark, and indeed the rest of the world, there is a growing need to be connected to the outside world, and we also place more and more demands on the capacity of the Internet, so there is a need for both stability and fast speeds.

It is partly because of the many favourable features of fibre networks that many point to the technology as one of the broadband technologies of the future, because these features have the potential to meet different needs. As mentioned in the previous article, these include the high and symmetrical speeds as well as the stable internet connection.

Several experts point out that the fibre network has always had an advantage over DSL technologies and COAX, but as prices have become increasingly competitive, this also creates an increased threat for the aforementioned broadband technologies. Indeed, as competition in the fibre market intensifies, prices for the technology will be pushed down further - to the benefit of consumers.

In terms of housing demand, this is also higher for properties connected to the fibre network, due to the many advantages of the fibre network. In addition to the benefits for citizens, fibre also strengthens the ability of businesses to respond to digitisation, in part because businesses can take greater advantage of cloud computing, video conferencing and other data-intensive tasks through fibre networks.

Again, given the multiple benefits and increasing price competitiveness of fibre technology, many large investments are also seen in this. This is both in terms of deployment of the technology - even more than in the past - but also in terms of increasing, among other things, speeds. In relation to deployment, we also see electricity companies burying pipes that can be used to pull fibre cables.

The investments come from SEAS-NVE and Ewii, among others, which have invested staggering sums in the roll-out of fibre technology. For example, the large investments have resulted in more than 57,000 households in Denmark connecting to the fibre network every year. Furthermore, investment in and deployment of fibre technology has also led to Denmark being one of the leading countries in terms of fibre penetration among the population - in fact, Denmark is number two compared to the rest of the whole EU, with only Latvia surpassing us.

If these investments continue, it is likely that we will also increasingly see various initiatives and developments in the specifications of fibre technology. As digitalisation increases, we see, as mentioned earlier, an increased need for the various devices to be on the Internet. Because of this, many point to the fact that we will see a greater uptake of internet-enabled technologies. Already, there are a number of products such as Smart Watches and Google Glasses, but we also see a further proliferation of internet-enabled technologies in the car as well as improvements to the aforementioned. However, these are not supported by fibre technologies, but rather 4G and soon 5G technologies.

That said, we are also likely to see an increase in similar technologies operating in the home, where smart house and Internet of Things come into play. The term Internet of Things, or simply IoT, refers to the fact that different devices are starting to communicate - including over the internet. In addition, there are three parts to the Internet of Things:

An example of this could be a fridge that misses a specific item and notifies you over the phone, a bin that signals to be emptied or even sensors in the door that can detect when the light should be turned off when the door is closed or similar.

Returning to the rise in fibre deployment, this may also see, for example, various traffic-related items such as billboards and lights being connected to the internet - possibly via fibre.

There are many predictions about what the future will bring! Some are better than others, but we truly do not know which ideas will germinate and which will not. We hope, however, that you have gained a greater insight into what the future of fibre looks like.

Info about summer offers
until 1/7/22

Take the chance and start securing, syncing and sharing your files!
The discount is added automatically!

What does the offer include?
Until 1/7/22, save 300 DKK first year when you subscribe to Onlime Personal Free Space or Onlime Family.

How do I use the offer?
Youtake advantage of the offer by first signing up for free. The discount is added to your free account automatically! Upgrade on My Onlime.

More info
All our prices for private subscriptions include VAT and run for 12 months at a time with automatic renewal. You can cancel at any time but at least 1 day before renewal.

Save your files in Scandinavia

We do not harvest your data
100% green servers

How do we protect your data?

Onlime & MinForening start cooperation for the benefit of Danish associations

Antivirus: get to know it better